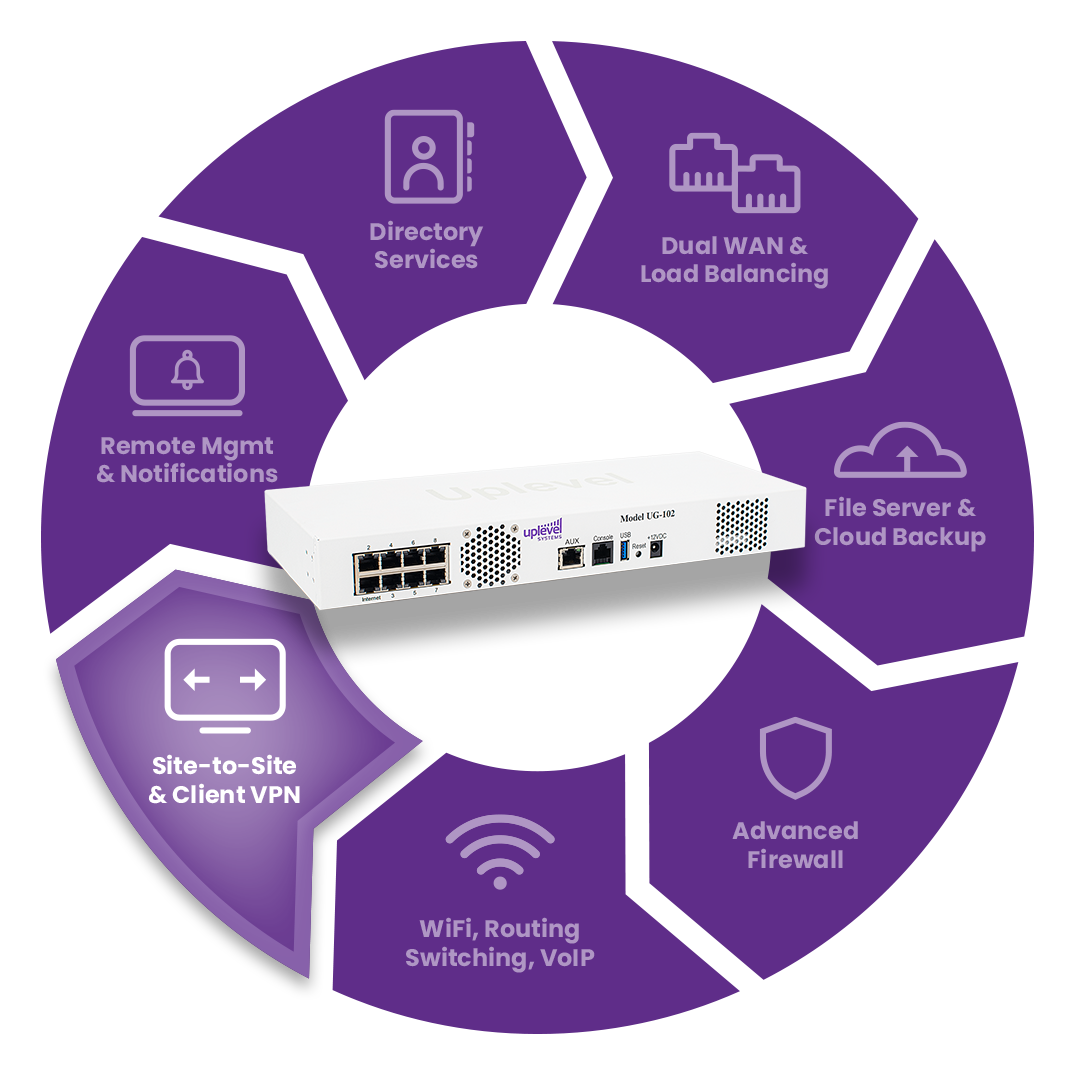 Uplevel’s Remote Access VPN Solutions offer powerful encryption to protect your business from hackers who might steal your sensitive data when you use WiFi networks. In addition, routing, switching, firewalling, and VLANs are all configured to ensure security with maximum convenience.

Can I get hacked while using a Virtual Private Network?

Although a VPN, or Virtual Private Network, can solve many security difficulties, you can still be hacked while using it because it cannot protect you if you install malware or share your username and password with anyone.

A VPN can protect your device against hacking, but it does not render you immune to all types of attacks. However, it will assist you by offering an additional layer of protection as well as a number of other benefits. It can assist you in a variety of ways, including improving your internet experience, gaining access to prohibited websites, finding better discounts, and much more.

How useful are virtual private networking services for Remote Workers?

Virtual Private Networking Services are of great use for Remote Workers because they give end users the ability to access corporate network resources from a remote location.

It helps employees to connect when they are travelling or telecommuting to the company network and access resources such as internal applications, intranet, mail services and file sharing.

1. The most important benefit of Site-to-Site VPN Connection is security, as IPsec protocols ensure that all traffic passing through the VPN tunnel is encrypted.

2. Unlike a remote access VPN, which requires that each employee system run VPN client software, a site-to-site VPN only requires a VPN gateway at each location. This makes it simple to add a new site or office branch to the network, as well as relocate a remote office or site.

3. Site-to-Site VPN Connections are simple to scale. New users, sites, offices, or partners can be up and running in minutes. You also won't have to add individual devices to the existing network one by one. Deploying gateways allows you to add a new network to an existing one, making expansion simpler.

4. In the event of a disaster or emergency, you do not have to shut down the entire operation at once. By using a site-to-site VPN Connection, you can grant or deny access to LANs as needed. As a result, disconnecting the affected LAN and replacing it with a new one can ensure business continuity.

Is VPN a firewall?

Thank you! Your submission has been received!
Oops! Something went wrong while submitting the form.